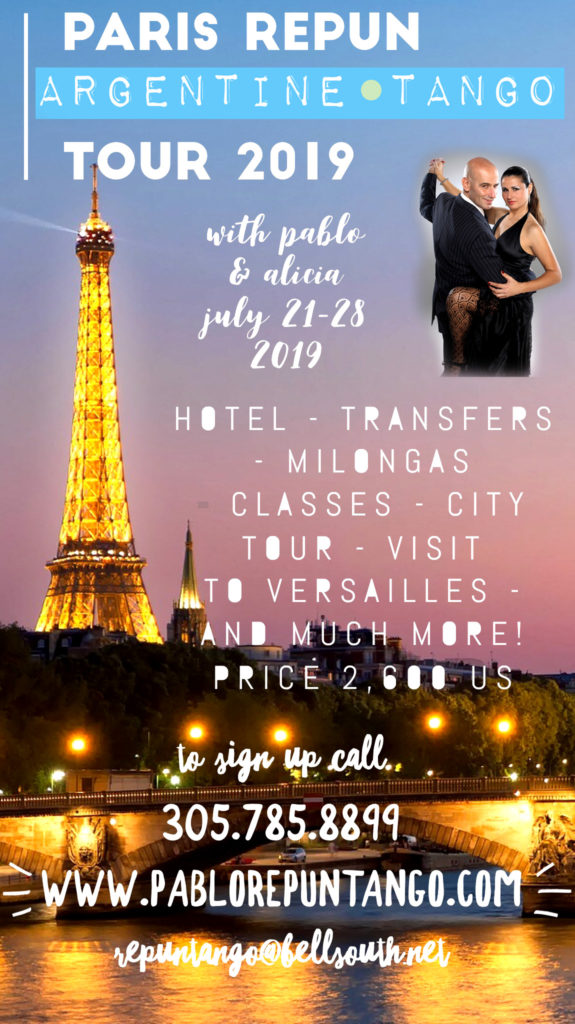 We have a great Tango week planned for you!

Please sign up as soon as you can to avoid the price increase.

The price is per person based on double occupancy.

Pablo’s & Alicia’s
Attention to Detail and Dedication Will Make

This The Best and Ultimate French Tango Experience!!!

Please call us or emails with any questions you may have:

Due to extraordinary circumstances, we will have a 3 week

change of venue for our

IT BE WILL BE HELD AT

(Across From Waterside Shops)

(Across From Waterside Shops)

5 Argentine Tango Events that YOU don’t want to miss!

SAVE the date! JANUARY 28th! AND EVERY 4TH TUESDAY OF THE MONTH! Repun TANGO MIX milonga